The National Library of Japan, one of the biggest Aleph libraries in the world, is now in full production

Singapore—January 31, 2012. Ex Libris® Group, a world leader in the provision of library automation solutions, is pleased to announce that in early January, the National Diet Library (NDL)—the national library of Japan—completed its transition from its legacy system to the Aleph integrated library system and switched to full production.

The selection of the Aleph system followed an extensive process during which the NDL staff examined both local and international solutions and conducted an Aleph trial for eight months. The Aleph implementation project, which began in 2010, was one of the largest Aleph projects to date. For the first time, the various systems of NDL, including the former integrated library  system, the Asian Language Materials catalog, and the ZASSHIKIJISAKUIN Japanese Periodicals Index, were merged into one system. In addition, the implementation had to accommodate the great size of the library collections (about 20 million bibliographic records and 40 million items); handle the Japanese language efficiently; support the unique workflows of the NDL; adapt to an advanced infrastructure; and integrate the system with technologies of other providers. Close collaboration with local system integrators was instrumental in accomplishing these tasks.

”The successful launch of Aleph has resulted in a sophisticated, new environment that supports our mission and addresses our unique needs,” said Masaki Nakayama, National Diet Library CIO. ”The partnership between all parties involved has achieved the goals that we set and positioned us for the future.”

”We are proud and delighted to have worked side by side with the National Diet Library on this significant project and thank the NDL for their support,” commented Oded Scharfstein, Ex Libris CFO and former Ex Libris vice president for Asia-Pacific. ”This project, the second implementation of Aleph in Japan (after Keio University), demonstrated the power of collaboration between the team at NDL and our international team of professionals who were involved both on-site and from afar. Ex Libris will continue to be committed to the Asian market and particularly to libraries in Japan,” added Mr. Scharfstein.

About the National Diet Library

The origins of the National Diet Library (NDL) are rooted in the Imperial Library, on the one hand, and the Library of the House of Peers and the Library of the House of Representatives, on the other. In February 1948, the National Diet Library Law was enacted, and the NDL was established. Since then, the NDL has served as the research library for the Diet legislators and the national deposit library. The National Diet Library’s branch libraries within the government ministries and agencies and the Supreme Court extend its lending, copying, and reference services to the executive and judicial branches of the government. The NDL also manages the ISSN Center for Japan; provides services to public, university, and specialized libraries; and is open to all of the country’s citizens. In recent years, the NDL has been developing its digital library services.

For information about the NDL, see http://www.ndl.go.jp/en/aboutus/outline.html.

Ex Libris is a leading provider of automation solutions for academic libraries. Offering the only comprehensive product suite for electronic, digital, and print materials, Ex Libris provides efficient, user-friendly products that serve the needs of libraries today and will facilitate their transition into the future. Ex Libris maintains an impressive customer base consisting of thousands of sites in more than 80 countries on six continents.

Dedicated to developing creative solutions in close collaboration with customers, Ex Libris enables academic, national, and research libraries to maximize productivity and efficiency and, at the same time, greatly enhance the user experience. By empowering users to discover and obtain the information they need, libraries ensure their position as the bridge to knowledge. 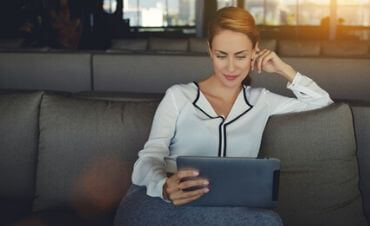 Hear What Our
Customers Have to Say