Academic Researchers Describe the Challenges of 2021 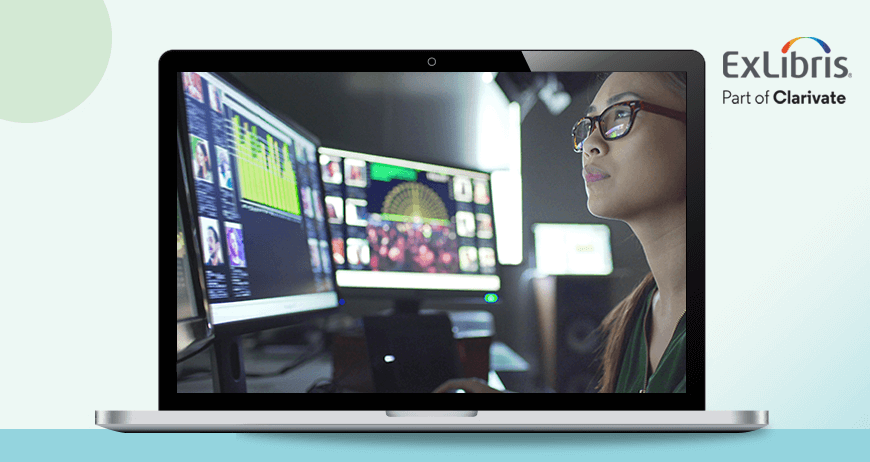 Following our overview of findings in the Ex Libris annual research report, Supporting Academic Research: Understanding the challenges, we will now drill down a bit into what researchers had to say on several of the key issues covered in the study. As noted previously, the results are based on survey responses from several hundred researchers and Research Office leaders in an array of disciplines from across the United Kingdom, the United States and Australia.

Adjusting to the new work-from-home paradigm

The report follows two similar studies carried out in 2019 and 2020, also sponsored by Ex Libris, which provides insight into the impact of the global pandemic on academic research over time. For example, the percentage of researchers expressing satisfaction with the level of support provided by their institutions for remote work grew by 7% in 2021 to 73%. The data also indicates that researchers have generally adjusted well to working from home during the Covid-19 pandemic.

Another notable change is that more than 1 in 5 researchers are now more in favor of open access initiatives, with only 4% saying they are less in favor.

However, there is a wrinkle: researchers generally expressed low satisfaction with the amount of support provided by their institution during the pandemic in other areas, such as conducting research, finding research funding and identifying collaborators. 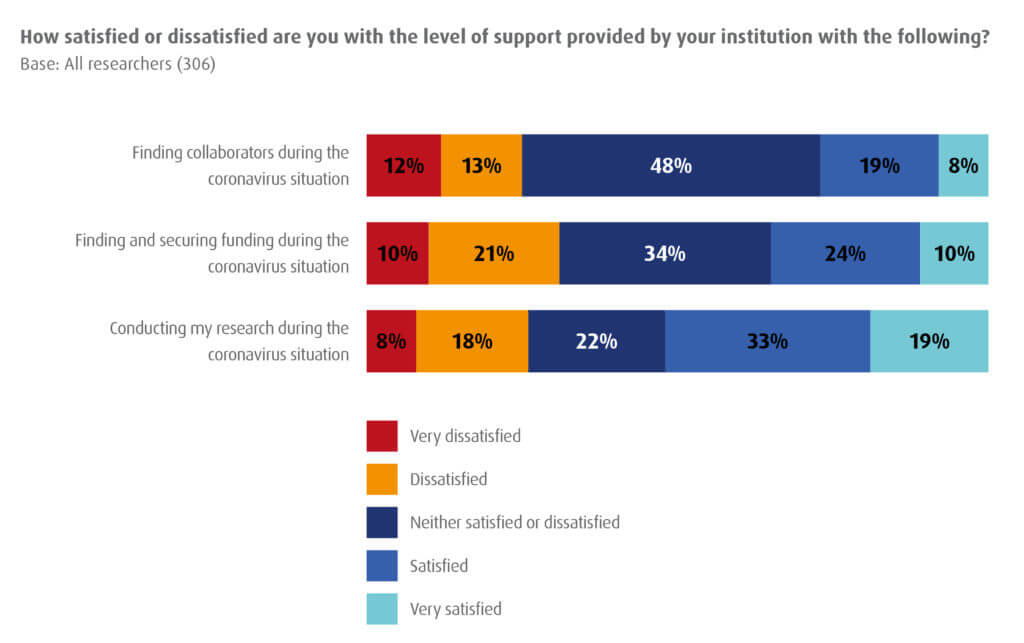 Research grants have changed – and the pressure is on

Regarding the search for funding, researchers are playing a more active role in 2021, with 85% doing so themselves. Perhaps unsurprisingly, they are feeling great pressure to find relevant funding opportunities and 61% rate the task as particularly difficult. More than two in five only secure funding less than a quarter of the time.

Compounding the issue for some researchers is the drop in available funding for research in the arts and humanities during the Covid-19 pandemic. On the other hand, more funds have become available in STEM fields during the same period. 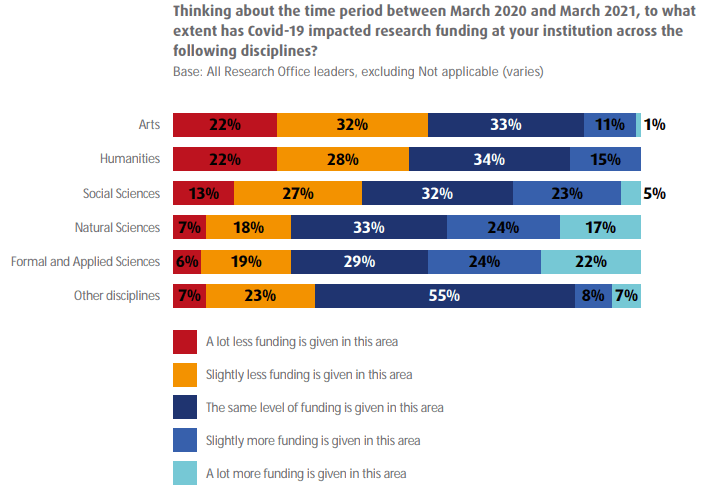 A positive notable trend is the increase in the number of researchers reporting they received help from their Research Office in finding relevant funding opportunities. In 2021, the figure was 54%, up from just 45% in 2020.

Securing grants is not the only non-academic activity researchers are spending their time on. Over half of those surveyed reported that 30% or more of their time is dedicated to strictly administrative tasks, with 21% saying they spend over half their time on such tasks instead of focusing on research. 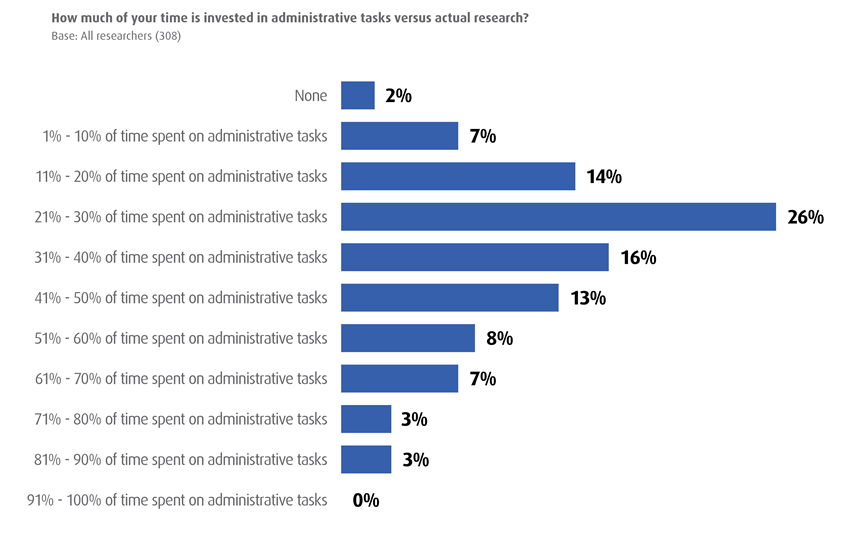 The Ex Libris study noted some changes in this regard between 2020 and 2021, such as a growth in reported support by the Research Office for finding sources of funding and by the library for institutional repository deposits. However, given the overall picture, much greater levels of support are needed to substantially reduce the administrative workload of academic researchers.

What is missing from researcher profiles and why

Among the tasks to which researchers often have to devote attention is keeping their professional profiles up to date. The Ex Libris study shows that 81% of researchers have a profile on their university portal or repository in 2021, as compared to 76% in 2020. However, less than half of the researchers surveyed in 2021 said they are keeping those profiles fully updated. This is an improvement over 2020 (34%), but it still means that most in-house profiles do not accurately showcase research output.

Part of the reason for that inconsistent updating may be the sheer number of places researchers are sharing their work. A large proportion of researchers use ORCID (80%), ResearchGate (70%), Google Scholar (69%) and LinkedIn (68%), alongside their university’s platform.

While profiles include professional citations of a researcher’s work, there has been an increased use of alternative metrics for measuring research impact in the past year. These include journal impact metrics, media mentions, measurable online views and social media engagement. The trend was already evident in the past, but the Covid-19 pandemic intensified the focus on measuring societal impact as an indicator of the influence of academic research on public policy. Nonetheless, number of citations is still the most commonly used metric among researchers, even increasing four percentage points since 2020 to 94%.

Interdisciplinary research is common, but could use a bit more help

Yet, only 27% of researchers expressed satisfaction with the level of support they are receiving from their institution in finding external collaborators during the Covid-19 pandemic. It is, however, interesting that collaboration across departments at the same institution is not especially high on their agenda, with only 28% of researchers saying they collaborate cross-departmentally on about half of their research projects.

Researcher Expectations: More of the Same

In summary, it can be said that researcher expectations from the Research Office have remained more or less the same over the past year. In addition, almost two thirds of researchers are generally satisfied with the support they receive from their institution’s library. However, their expectations from the library have increased in 2021. The report suggests that this may be the result of higher levels of exposure to library services and expertise during the pandemic.

Next time, we’ll learn how these same issues – and a few others – look from the perspective of the Research Office.

For all the details, read the full study here.